The Birmingham and Midland Motor Omnibus Company Limited (BMMO—Midland “Red” Motor Services) first ran a motor omnibus service between Great Malvern, North Malvern and West Malvern from Saturday 22nd April 1916, when they took over the local Malvern omnibus operations of Messers W. & B. Woodyatt. This route was run by BMMO as Service 48, then from May 1925 as Service 270, and then as Service 366 under the new route numbering system introduced in early 1928.

The route was finally renumbered to Service M16 in January 1935, and continued in operation with that route number until the closure of Malvern depot in October 1976. 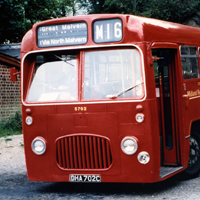 Service M16 continued to operate throughout the Second World War and remained unchanged for many years, other than moving the Great Malvern departure point to opposite the Post Office and later back to Belle Vue Terrace. The number of journeys increased to a peak of three or four an hour during the early 1950s, but from Saturday 29th December 1956, this reduced to a 30-minute frequency during the off-peak period due to falling passenger numbers.

While most journeys were operated from Malvern depot, from Saturday 31st October 1959, the 10:45 departure on weekdays was operated by a vehicle from Hereford depot before it returned to its home City on the 11:45 Service 477. From the same date, vehicles from Hereford depot would operate five return journeys on Service M16 each Saturday, as there was an extended timetable for Service 477 on that day which resulted in a number of Hereford vehicles arriving at Great Malvern with time to kill before returning to Hereford.

On Saturday 2nd May 1970, Malvern depot finally introduced one-man operation, being the last BMMO depot to do so. From this date, certain journeys on Service M16 were one-man operated, but some journeys continued to be crew-operated. 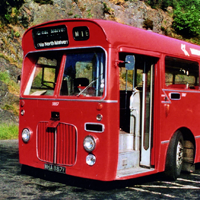 On Monday 3rd December 1973, Birmingham and Midland Motor Omnibus Company Limited (BMMO—Midland “Red” Motor Services) sold a number of depots and their operation in the Birmingham area to West Midlands Passenger Transport Executive (WMPTE), and to reflect this the company renamed to Midland Red Omnibus Company Limited (MROC) on Friday 29th March 1974. Other than the name of the operator, this event did not directly impact operation of Service M16, and the service continued unchanged.

The company continued to make large numbers of cuts throughout the 1970s, and Malvern depot depot was closed after the end of operations on Friday 1st October 1976. All local Malvern ‘M’-prefix services were withdrawn at this time and replaced with a new network of services operated by Worcester depot. Service M16 was partly replaced by new Service 478 which ran between Malvern Wells, Great Malvern, West Malvern, Colwall Green and Ledbury.